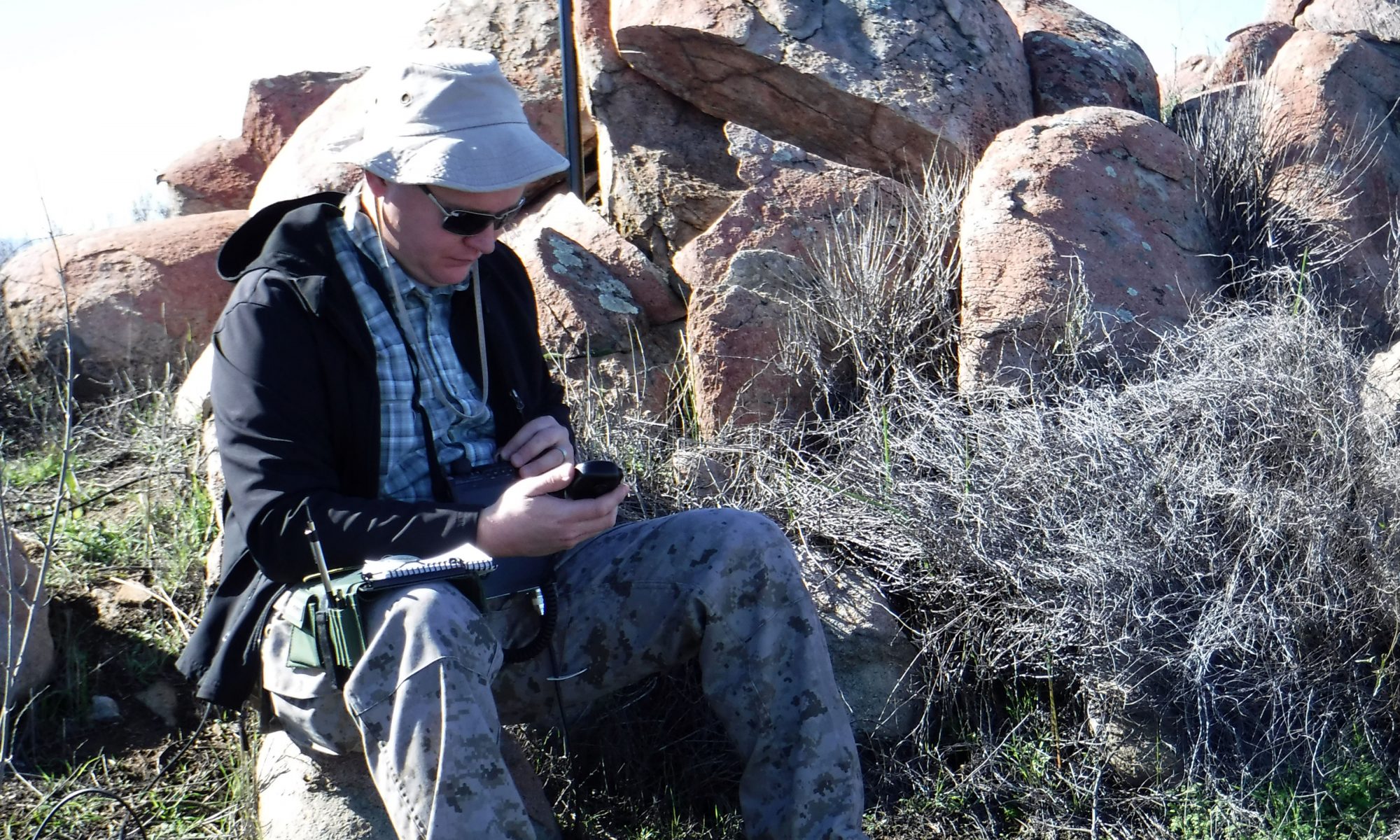 At the time that I activated this peak I had been using only VHF for activations. Southern California has such an enormous population that you can consistently activate peaks using the two meter band alone, which is where I started out. HF is where the real fun is at though, so I had been preparing to run HF for a while. I had tested the new Yaesu 817-ND on previous trips, the SOTA flag had arrived, and a shiny new linked dipole had been built.

This peak was not particularly hard to get to; nor was the ascent very photogenic. Park the car, walk, huff and puff, and you’re at the top.

My saving grace was what we in SOTA call the “activation zone.” The rules for SOTA state that you have to be somewhere on the mountain at an elevation that is within 25 vertical meters of the peak. (That’s 82′ 0-1/4″ for the barbarians in the room.) The reason for the rule is that situations come up where it is impractical, unsafe, or just annoying to set up on the actual peak.

Perhaps the weather is coming down hard and beating you like an ugly child and the best place to be is on the downwind side of the peak. Or you could be on a popular summit where setting up at the top would interfere with other hikers. Cases like that are where the “activation zone” rule comes in to play, so that activators do not feel pressures to set up on the tip (just the tip, just for a minute, just to see how it feels).

With the wind deciding to shit on me make things difficult I elected to set up in a small hollow just on the downwind side of the peak. After some struggling I managed to get the mast up and get on the air.

The band conditions were better than the weather conditions, at least. I made contacts up and down the west coast on 40 meters, and even made it into the midwest when I switched over to 20 meters. Self-spotting on the SOTA network played a big part in the success. Don’t be afraid to self-spot when you have coverage (cell phone or APRS).

After working a handful of contacts I had another peak in the log, and my first HF activation on the books. I absolutely love a happy ending (especially when I don’t have to pay extra!)