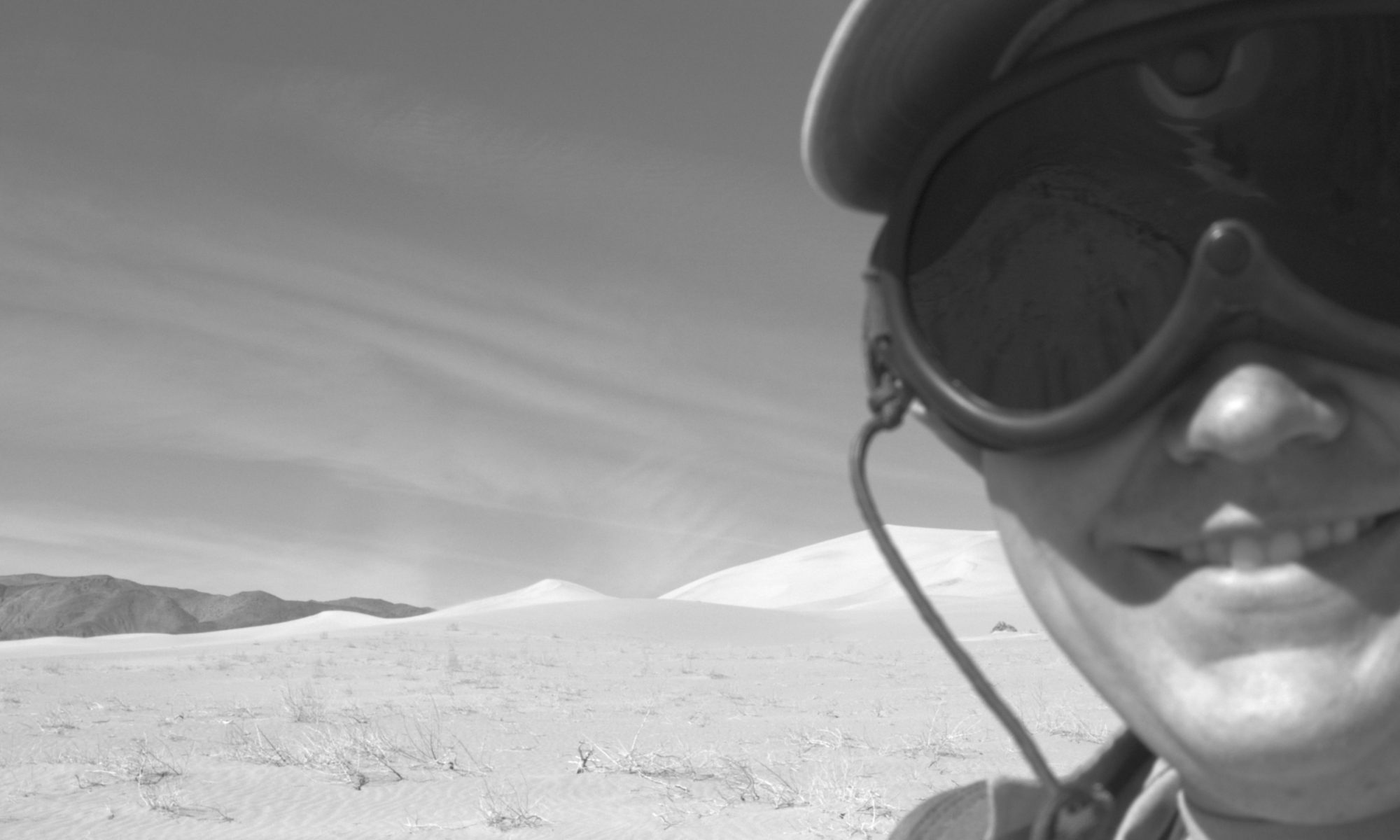 Life is easier when you have mentors . . . which I didn’t.

I’ve accomplished a ton over the years, been to amazing places, and learned a lot, but my path was always the “school of hard knocks”, as the saying goes. In the end I always got where I wanted to go, but having to figure out so many things for myself made for a long and difficult learning curve.

That’s why I created this website. There are lots of other people out there who share my interests, but, like me in years prior, may not have a mentor to show them the way.

The pages that make up this site are my gift back to all the adventurers, tinkerers, and other oddballs of the world. Read about what I’ve done, gain inspiration from my adventures, and most of all, learn from the mistakes I made.

In short, give yourself a head start up that learning curve.

I grew up in southern California (unfortunately), but never took to city life. Almost as soon as I had my driver’s license I was traveling around on the back roads in my well used, and much repaired, 1992 Toyota pickup.

In December of 2017 I finally escaped Kalifornia and moved to the US, making my home in Alaska. I’ve traded in my desert boots for canoes and snowshoes, and the adventures continue. There is certainly no shortage of places to explore up here in the great north.

I first came across amateur radio while volunteering at a bike race in 2012. Some operators were providing race communications, and it sparked my interest. In 2015 I finally got licensed as a way to keep in touch while off in the wilderness.

I took the Technician and General exams on the same day, passing both and earning the call, KK6TLJ. In 2016 I received the vanity call N6BSC, and in 2017 earned my Amateur Extra license with full operating privileges. After moving to Alaska I changed call signs once more, to KL7BSC.

Life in a neighborhood doesn’t do much to facilitate HF operating, so field and portable activities are my mainstays. Summits on the Air, VHF contests, Field Day, and Parks on the Air are the events that I do most.

I am also the Vice President for the Alaska VHF-Up Group, working hard to foster VHF/UHF activity here in Alaska.

I got my start behind a rifle when I was in elementary school, but life got in the way for a long time, until I finally became active again in my 20’s. I was drawn to the precision requirements of long target work, making my first 600+ yard shots with my own reloads, and a rifle I had assembled myself.

The political climate in California treats gun owners like criminals, so staying active in the shooting sports was difficult. That all changed when I moved to the US. Alaska offers residents much more freedom, and since moving here I’ve gotten behind the scope again and been ringing steel regularly.

My latest forays in the shooting sports have centered on hunting, something that wasn’t even an option where I grew up. Subsistence living is a big deal up here, and guns are very much tools of everyday life. Firearms are just a part of life in a place with abundant edible game, bears the size of cars, and moose that can crush you with a few good stomps. If you want to stay on the top of the food chain you better be packing!