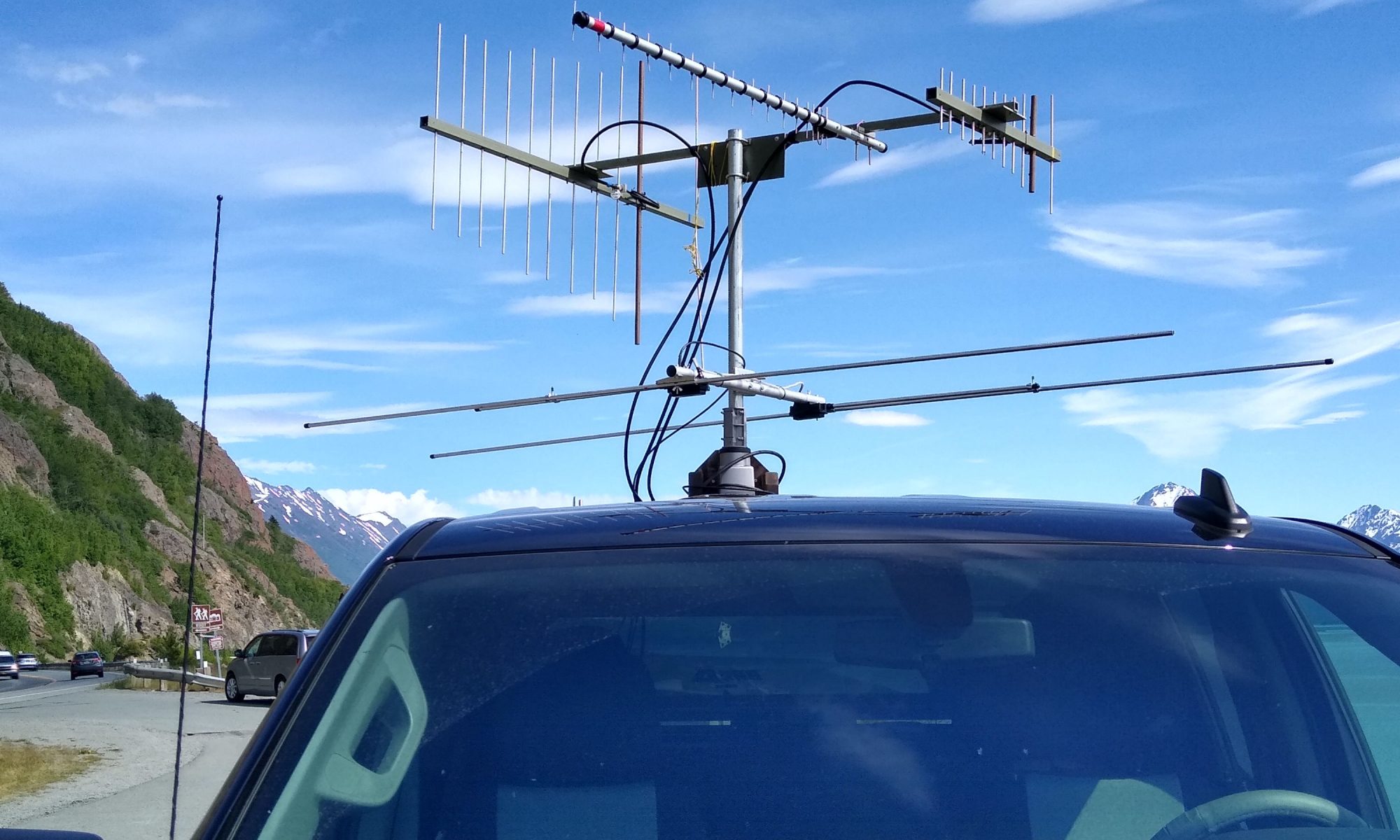 Imagine you were getting started with Parks on the Air and I offered to help you set up a station with the following capabilities:

If you’re like most amateurs you would think to yourself, “That sounds like a great station; I want one!”

What many of us forget is that we already have these stations.

VHF-UHF mobiles are often underappreciated simply because we don’t use them for much. Mobile setups get relegated to checking in on nets, chatting over repeaters, and occasionally working a little local simplex. But is that really all they are good for? Consider the following:

When you put it all together the “lowly” mobile station becomes a force multiplier in the world of VHF-UHF field operating, and you probably already have such a station set up.

Just to be clear, I am advocating that you start out simple and have fun with minimal gear: borrow a mag mount, attach a 1/4-wavelength vertical, and get out there!

But, just in case you still have doubts about what a properly set up mobile unit can do, I would like to briefly mention the pièce de résistance of mobile operating: VHF rovers!

The lunatic fringe of the field-mobile world involves rotators, directional antennas, high-gain antennas, low-loss coax, weak signal modes, and more type-N connectors than you can shake a stick at.

To be sure, such stations are not for beginners. But for the occasional Parks on the Air activation or VHF contest this kind of setup lights up the bands like nothing else.

The point is: never discount the “lowly” mobile station. With skill, solder, and planning you can make a mobile VHF-UHF station outperform most home stations, if you are so inclined.

Run what you’ve got!

For POTA, SOTA, and other “-OTA activities” the number of sites that can be found near populated areas is huge. Start with those sites and you’ll be having fun right away. Save Attu Island for next year, and instead start with VHF-UHF in your local park.

In amateur radio we often over-emphasize the gear, under-emphasize operator skill, and end up in a state of “inadequacy paralysis.” We all know that ham who never gets on the air, but “definitely will” just as soon as he buys the portable tower, moonbounce-class dish antenna, $5,000 DX wonder-radio, $400 in lithium batteries, and a $50,000 truck to haul it all.

Meanwhile, the ballsy knuckleheads like me are out there setting up mag mounts, racking up contacts, and having a ton of fun!

Which kind of field operator will you be?