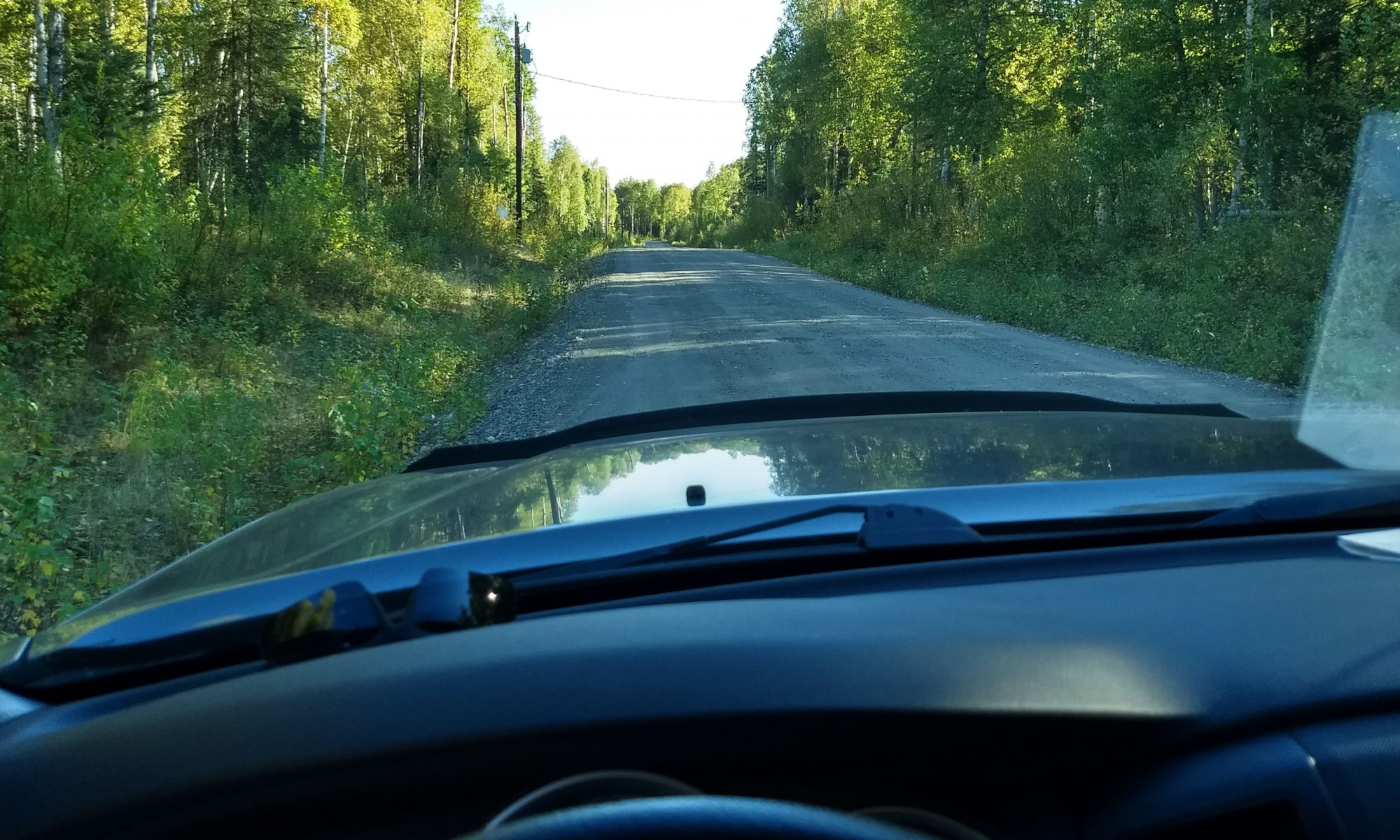 The previous contest went well enough, but revealed some weaknesses. First, the process of setting up and tearing down at each new grid took forever. Second, I was having difficulty activating the northernmost grids: BP42 and BP52. Those two grids are quite far from Anchorage, where most of the operators are. The result as long drive times as well as weak signal strengths on both sides of the contacts.

Planning a rover route always involves a number of compromises. More drive time leads to more grids, which means additional multipliers. However, more drive time also means less radio time. You are always making compromises, and sometimes they pay off. But that is also part of the fun of rover routes. When you add in the variables of location and time to the usual challenges of a contest you sometimes come out ahead, and sometimes not.

One thing that was definitely working in my favor was my new antenna setup. The WA5VJB Yagis I used previously turned out to be less than reliable under road conditions. They were good antennas, but the elements were too thin for anything but the gentlest field usage. Also, the direct connection of coax to the driven element was prone to coming loose.

I eventually decided to design my own antennas. Existing designs always had characteristics I disliked: narrow SWR bandwidth, delicate elements, or complex matching networks. What I wanted was something different: direct 50 ohm feed, simple split dipole driven elements, and at coverage of the entire band.

After a steep learning curve with 4NEC2 I eventually came up with two designs I was happy with. The antennas did everything that I wanted, and worked great during the event. SWR was low, gain was high, and the antennas proved to be very durable.

The first grid of the day was BP52, at my usual spot up by the Flattop Peak trailhead. After that I headed down to ground level and went to Kincaid park for BP41. This grid was a thorn in my side for a long time.

There are plenty of vehicle-accessible high points around (mostly in Kincaid Park), but the local horizon is cluttered by trees and other hills. I was always able to make contacts, but I also suspected that some weaker stations were not getting through.

In any case, I managed to wheel in some contacts and even ran into a fellow ham while I was there. With that grid in the bag it was time to head north again.

Along with improvements outside the vehicle, I made other improvements inside. For power I was using the vehicle itself. I connected a tie-in from the main battery to a power pole distribution block in the cab. That powered the Yaesu 857 as well as a 120V inverter.

I switched the inverter on and off as needed to power the MFJ rotator. My antennas provide decent gain, but are not so tightly-focused that they have to be re-pointed for every contact. Power draw for the rotator was therefore minimal.

On this trip I was not set up for computer logging, but I did have a good APRS system in place. I had a Yaesu 8900 mounted in the vehicle permanently, so I connected that radio to a Mobilinkd TNC and an Android tablet. With APRSDroid running and offline maps pre-loaded I had a perfect off-grid APRS system to let others know where I was at.

Heading north to activate BP41 and BP51 was always a double-edged sword.

Making contacts from those grids would earn me more multipliers, but there were no local stations in that grid who were on-air. That meant that I had to reach stations back in Anchorage, a distance of some 60 miles. 60 miles is an easy distance for VHF and UHF contacts, but there were some hiccups:

On this trip I managed to activate both grids, but with only one or two contacts from each. There were some decent VHF stations in Big Lake that came in handy when they were on the air, and one or two in on the Anchorage hillside who could make the contact work. The route was success, but I was beginning to doubt the value of activating those two grids. Thoughts for the future turned to the Kenai Peninsula. . . .