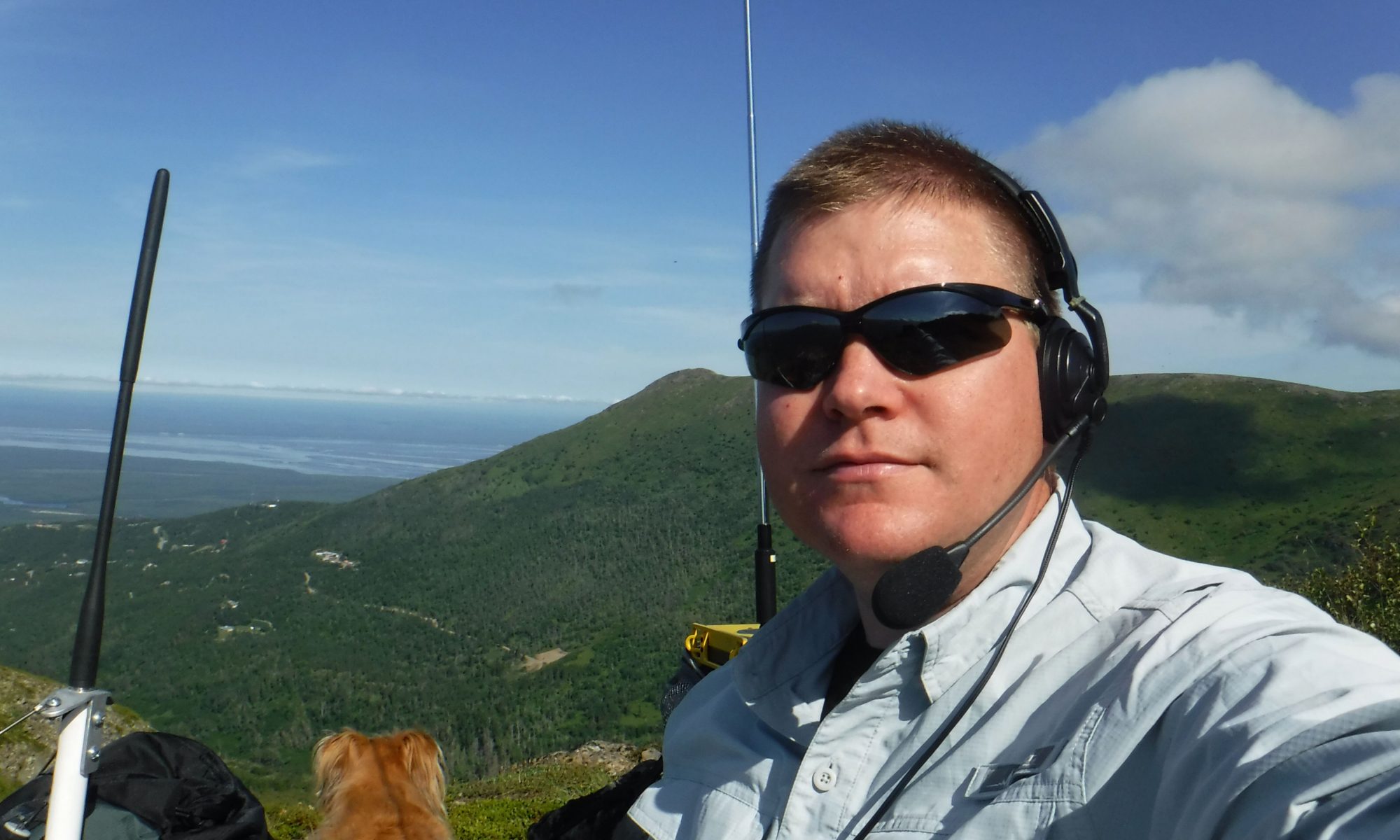 If there was ever a mountain that beckoned to man and said, “climb me and experience my wonders,” it would be one named Tit mountain. Despite the “mountain” moniker I would rate this as being more in the A-B cup range, given that it is actually a fairly small peak.

The peak sits above Eagle River on the north side of the valley, and is the smallest distinct peak on that particular ridgeline, as well as being the closest to the highway. The trailhead is a bit challenging to find. It starts on a switchback road that goes up the side of the hill servicing some houses that no one in their right mind would build where they did.

Once you find the correct switchback and park you head off and are immediately engulfed by Alaska bush. Despite not being able to see more than 20 feet in any direction the trail was actually in good shape, so Sledge and I made good time.

The trail becomes rougher as you head higher, since it was not constructed to mitigate erosion. After a bit you reach the saddle though, and you are on sturdy footing again. The soil on the saddle must be awesome stuff, because the brush there was just as heavy as I’ve found it in the valley below. You do get a few nice views though.

One treat on this trip was seeing a small group of mountain goats. They were too far off in the distance for me to get a good photo, but it was still fun to spot them. These animals are not known for being easy to find in person, and I was surprised to see them so close to town. It just goes to show that, in Alaska, the bush is always just a few steps from the road.

From the saddle we turned west and headed up to the peak. The elevation gain from there was minimal, making for a short hike overall. Most welcome though was to emerge from the brush and gain some good views again.

After getting a snack, watering Sledge, and setting up it was time to get on the air. This day was the CQ WW VHF contest, and so I brought more gear than I normally would for a VHF SOTA activation. Antennas were a 5/8-wave loaded vertical for 2 meters, loaded vertical for 6 meters, and rubber duck for 70 cm.

The backpack antenna mount has ground rods attached to allow it to function as the lower portion of a ground plane antenna – using a handheld antennas as the vertical section. In testing I did get better signals from the backpack antenna mount than when using the same antenna directly attached to the Yaesu 817. The difference was not as great as I had hoped for though. Possibly the backpack mount was not all that great, or the ground plane characteristics of the Yaesu were more than good enough as-is. Hard to say.

Contest activity was very low. To get people on-air in Alaska you really have to beat the bushes and get the word out early, which I had not done. I spent a few hours on the peak just enjoying the sun and scenery, making random contacts here and there.

Once Sledge got bored and I got hungry we decided to head down and call it a day, putting another peak in the books.