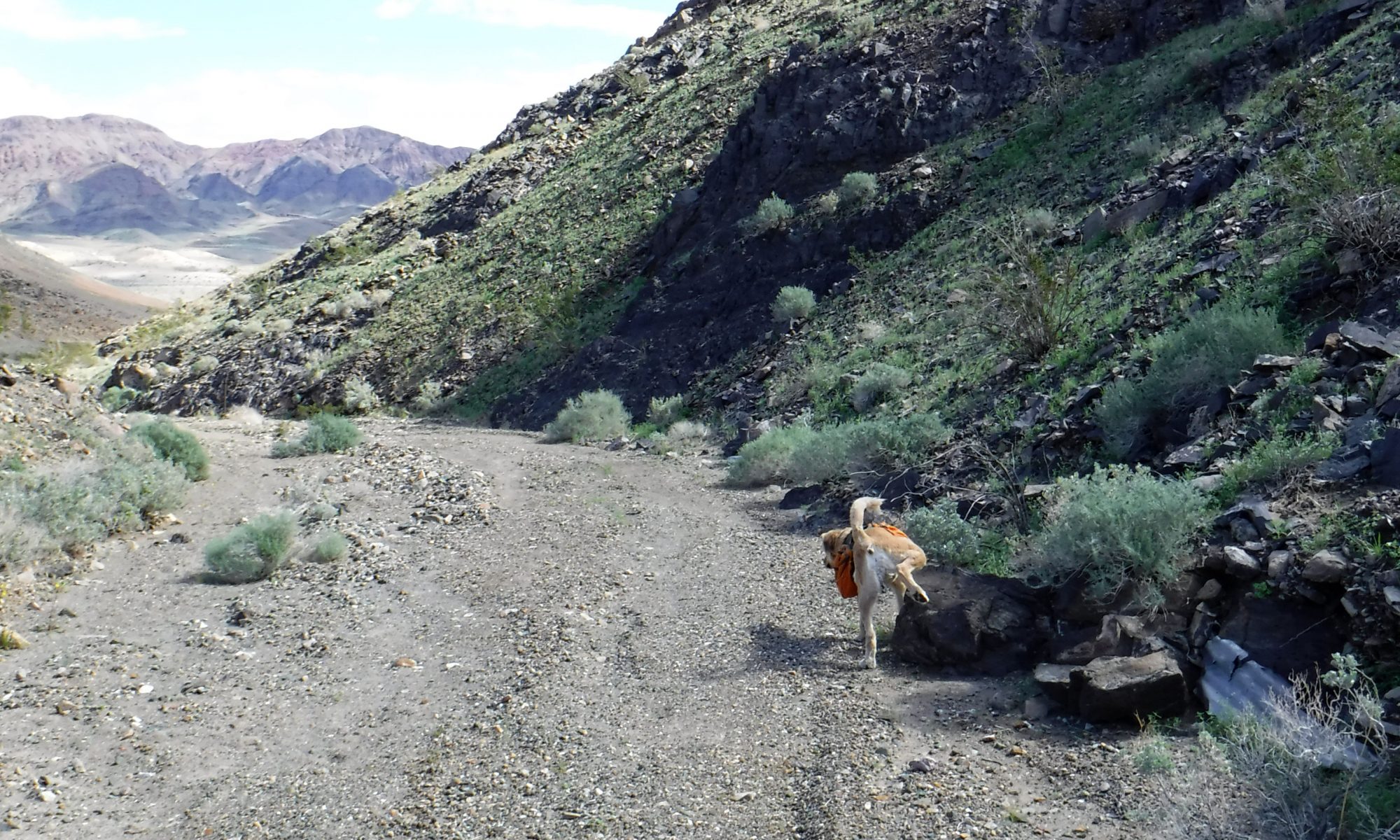 This was my favorite style of SOTA trip: activating apeak which had never been on-air before. This one is out in the far southern end of Death Valley and is accessed via interstate 10. You could hike it in a day trip if you wanted, but I made this one an overnight and stayed at the base of the peak the night before.

Although not part of Death Valley proper (the valley itself), this part of the park is just as barren as the rest of the region. This actually makes for easy traveling since you don’t have to contend with trees, brush, water, or . . . anything really. We drove in after work and arrived at camp well after dark.

After a good night’s rest I packed up and headed for the peak.

You can take just about any route you want to reach the top. The whole area is sand and gravel, which makes for easy traveling. I approached via a canyon that runs from the southeast to the northwest. The route is pretty easy with a mix of sand, gravel, and rock surfaces.

This peak is pretty isolated, so putting it on the air was definitely going to require HF. What surprised me though was that I actually had perfect APRS coverage. I had brought my Kenwood APRS handheld on the possibility that I might be able to self-spot that way. The plan worked, and digipeaters above Hesperia picked up my spot perfectly. It pays to be flexible and never discount a method before trying it out – you never know when you will have coverage on one system or another.

The route going up the hill was pleasant enough, but on the way back down we decided to take an old mining road back. It took a steep scramble off the peak to get to the road, but once on it’s surface the walk back was easy.

All in all, a very successful activation, a beautiful day, and a good hike.