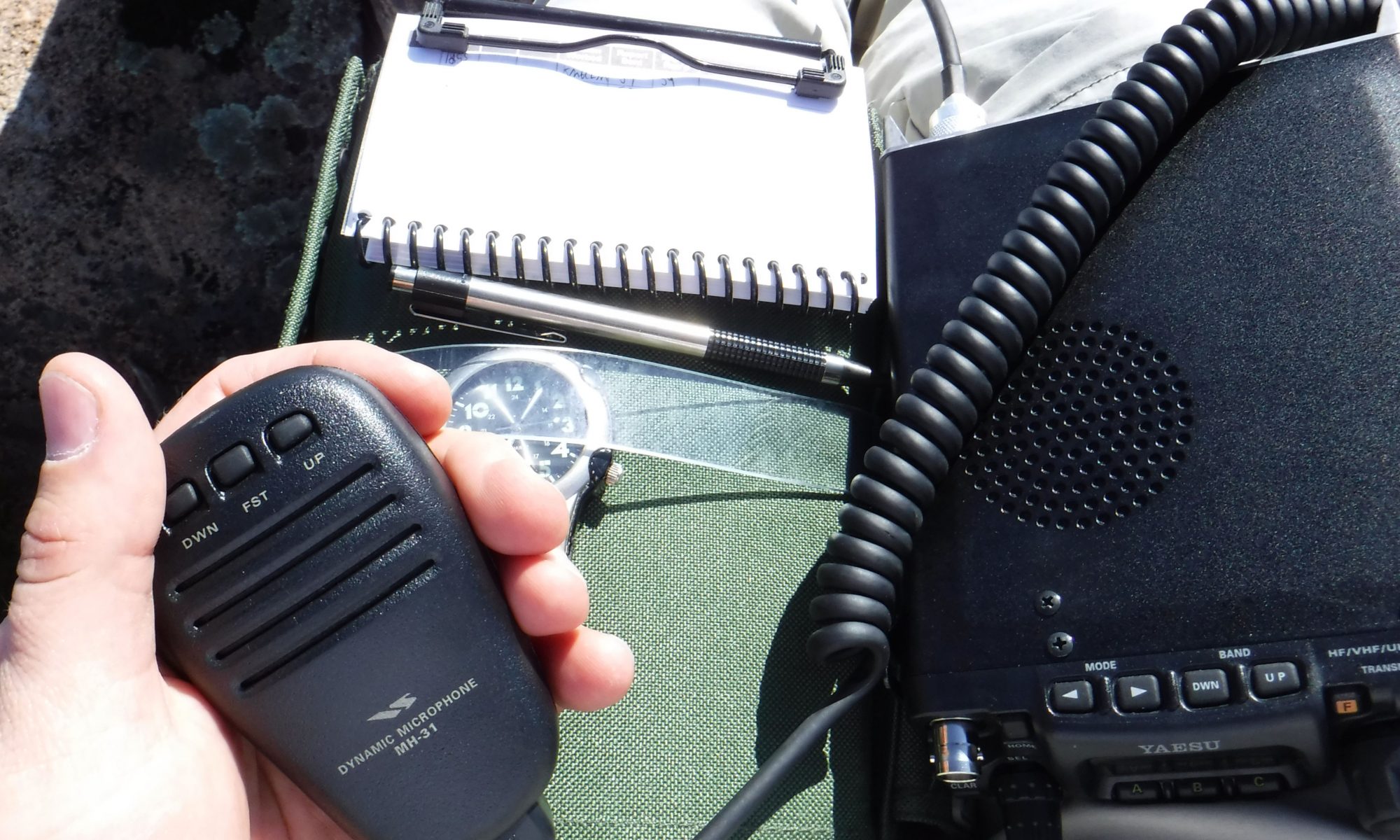 This was one of my early activations, and was my first time out in the field with the Yaesu 817 ND. This radio is at its best when used for portable HF work, but on this activation I was operating VHF only. Since I was still getting familiar with the radio I was not quite ready to run HF in the field yet.

The trail up to this peak is pretty easy. Park, hike, transmit – you know the drill.

The radio worked perfectly, as one would expect. I was using an antenna which I had just recently assembled. The design is a vertical fan dipole for the 2 meter and 70 centimeter bands.

It is supported by a collapsible fiberglass tent pole, which I obtained from my local outdoors store. The pole is too small to hold up anything substantial, but for a VHF/UHF antenna it held up just fine.

I was expecting the dipole antenna to have better reception than the whip antennas I normally used on VHF. I was not disappointed!

The antenna worked so well that I was picking up multiple conversations from people at lower elevations. The The hard part on this activation was waiting for the conversations to wrap up so that I could call CQ without stepping on anyone.

Once a clear frequency opened up I jumped in, snagged my contacts, and called it a morning. This was a simple, short, fun activation. There are times to bring the mast, dipole, computer, and kitchen sink. But sometimes simple and easy is the way to go.