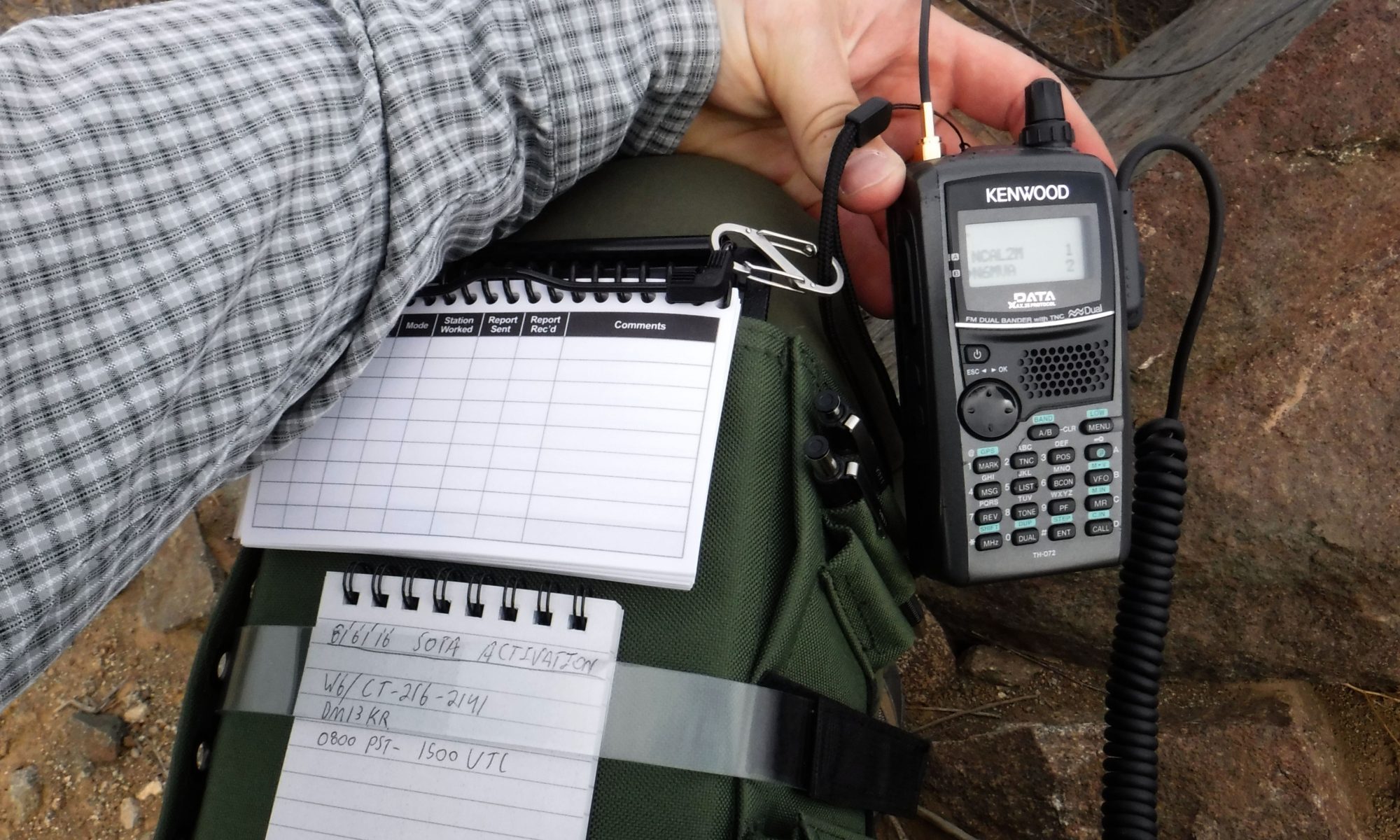 For most of us, our first activation for Summits on the Air is a bit like the first time having sex:

I was a new ham and was getting dreadfully bored with checking in on the weekly club net. I had been hiking for years though, and somewhere I stumbled across Summits on the Air. After a quick search of the rules I realized I could do it, and it sounded like fun. And best of all, the online maps site revealed that there was an easy peak right next to me. It was on!

As peaks go, this one is pretty small. You can easily walk up and down on a lunch break if you feel so inclined. I knew I wanted an easy peak to try things out on, and with this one being no more than a mile from the house I decided to go for it. My trusty radio dog, Sledge, would be accompanying me to the top.

One thing that makes ham radio fun is that it always ends up being a team sport to some degree. After all, you need people to contact, right?

I hit up some of my local club members to see who else might be interested in doing an activation the same day. Sure enough, two fellow club members opted in to activate other nearby peaks at the same time. They would be heading up 4wd trails at the same time I was hiking up, with the plan of getting a handful of peak-to-peak contacts.

The hike up was simple and straightforward. The weather was mild, the trail was in good shape, and I gave myself plenty of time to get to the top. By staying in touch with the other two operators we were able to coordinate our approach to the top, along with final setup. A decent layer of morning fog was holding steady throughout the approach to the top.

For gear I had decided to go very simple. My transceiver was going to be a handheld radio, with contacts on 2 M only. For an antenna I was using a homemade vertical dipole. That would give me a little more reach than with the Ht-mounted rubber duck, but the real advantage would be being able to have the radio separate from the antenna. With the radio in my lap I could fiddle with the controls without having to worry about keeping the antenna oriented. Logging would be with paper and pen.

As alluded to in the introduction, things went great until they didn’t. While the three of us managed to get to the top of our respective peaks on time, we had a bit of a challenge trying to work each other while logging and keeping all the call signs and peak references straight. After much monkeying around though, we got through the peak-to-peak contacts and went to different frequencies to work other contacts.

What we didn’t plan on was adequate separation in frequency. We ended up stepping all over each other as the edges of our signals overlapped. I had been sending out spots for each of us, so the chasers were starting to show up on frequency and call, which made for a bit of bedlam on the air.

After contacting the other two operators again we settled on a better frequency spread, tuned away from each other, and began working chasers again. The chaser crowd in Southern Kalifornia was very accommodating, and was patient with us three newbies as we figured out how to do our first activations.

Once all the action died down and we had a chance to breathe we realized that it all worked out really well. We had plenty of contacts in the logs, the sun was burning off the fog, and it was time to head back down for beers and bratwurst.